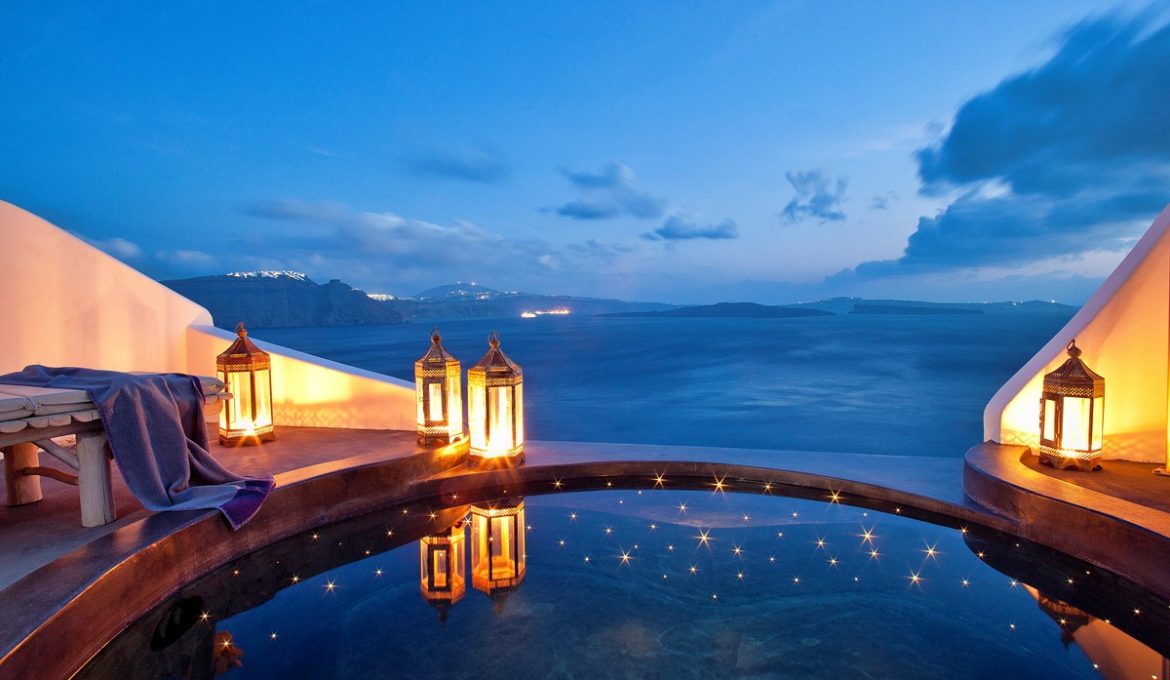 Unforgettable beauty that inspires awe, unsurpassed vistas bathed in light, an aura of mystery that calms the soul.

This island has a powerful energy that makes all the senses come alive to the highest level, surrendering to the countless contrasts intensity.

Star of the Cyclades, Santorini dominates as their 2most recognizable name, at a global level – for the volcanic slopes of the Caldera, its fascinating history, its cosmopolitan atmosphere, its incomparable vistas and its native, hand-tended vineyards. The options on what to do in Santorini are endless.

The black beaches, in contrast to the white-washed houses, the savage volcanic landscape which ties in harmoniously with the clean Cycladic lines, the Red Beach, the Akrotiri, or the ‘Pompeii of the Aegean’, as it’s been called, the famed sunset at Imerovigli – these are only some of the images that words cannot easily describe. Each excursion, an unforgettable moment, as if taken from a movie set, filled with beautiful villages, beaches, well known restaurants, swank hotels and a vibrant nightlife.

Luxuriate in the unique energy of the island, stroll through the medieval cobblestone alleyways alongside a couple of newlyweds, gaze at the fiery sun dipping below the horizon – and live the fairy tale in this paradise on earth.

Just the two of you. The 9 best private activities to do in Santorini

Instagrammable spots to travel your soul