Astonishingly beautiful at any time of the year, the island of Santorini, the southernmost in the popular Cyclades islands in the Aegean, is truly a sight to behold. Discover all its secrets in alphabetical order.

AKROTIRI The site of a prehistoric settlement destroyed by a volcano eruption and buried in ash. Archaeologists have unearthed fine frescoes and several objects. It possibly provided the inspiration for Plato’s story of Atlantis.

BLUE DOMES A staple of Cycladic architecture, they adorn the island’s whitewashed churches.

CALDERA When Santorini’s volcano erupted in the 16th century BC, a large caldera was formed – part of it is underwater today, and it’s also responsible for the remarkable properties of the area.

DINING Santorini’s fabulous culinary scene means that you’ll be spoilt for choice, with everything from authentic Greek fare to perfectly made sushi and molecular gastronomy wonders available.

EMBORION A village visited by Jean-Paul Sartre and Simon de Beauvoir in 1937, said to have inspired his theatrical play, “The Flies”.

FIRA Santorini’s largest town and capital. To the west, you’ll find Yalos old harbour, where cruise ships moor and you can hop on the cable car.

GIORGOS SEFERIS This Greek Nobel Laureate was inspired by Santorini in his poetry, including “Gymnopaidia Santorini I” from his Collected Poems, published by Ikaros in English translation by Edmund Keeley and Philip Sherrard.

HECTARES of vineyards. In this terroir, the average production is among the lowest in Greece (approximately 1/3 per hectare), which is essential for grape quality.

IMEROVIGLI One of the most picturesque Santorini villages known for its architecture and sunset vistas, it is found north of Thira. 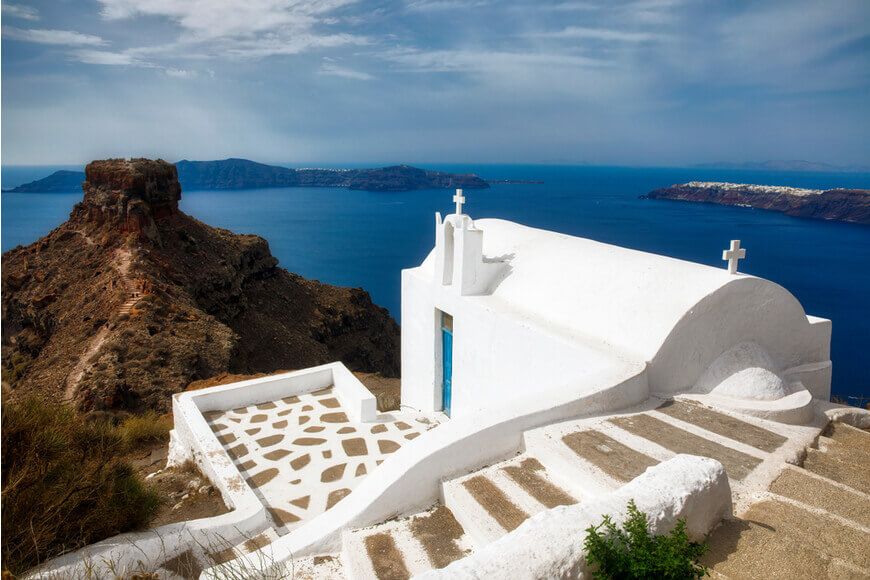 JAW-DROPPING VIEW Endless waterscapes and brilliant sunsets are the trademark of Santorini island and part of what has placed it among the top destinations in the world.

KOLUMBO is the name of an active submarine volcano northeast of Cape Kolumbo, Santorini, which erupted in 1650.

NEA KAMENI A small, uninhabited island created by a major volcano eruption, it provides a unique landscape to explore on a daytrip as well as stunning views.

OLD TOMATO FACTORY Located in Vlychada, this imposing rustic building houses a museum dedicated to bright tomato flavours, with the traditional local veggie the star of the show.

PUMICE For centuries, pumice was the main export of the island, with quarries providing employment and income. They shut down in 1986, to preserve the Caldera. 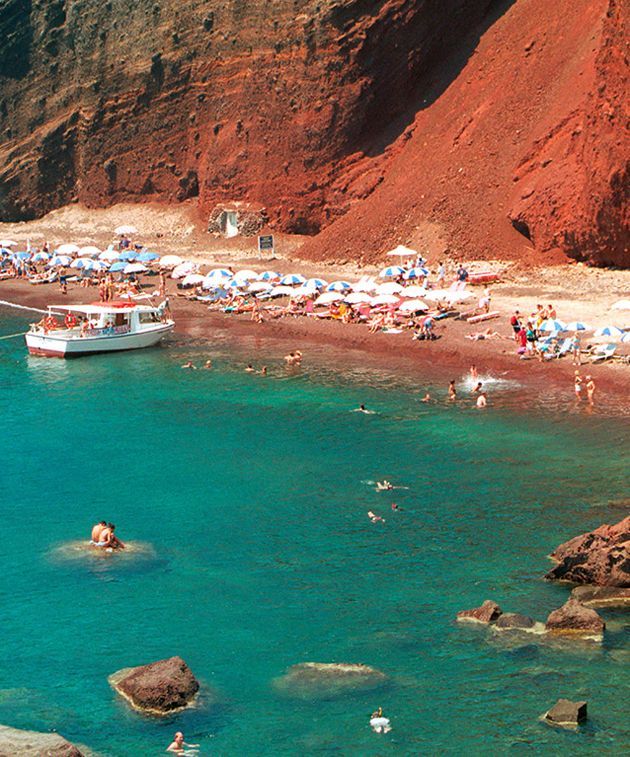 RED BEACH Surrounded by red hills and volcanic rocks, Red Beach is blessed with spectacular rainbow colours where the volcanic soil meets the surf. A must-visit.

SANTA IRINA The Venetian name given to Santorini when they first arrived in the 12th century, in tribute to the church of St. Irene that stood on the island.

THERAS The mythical forefather of the island, said to have arrived from Sparta in the 10th century BC to establish the settlement of the same name. 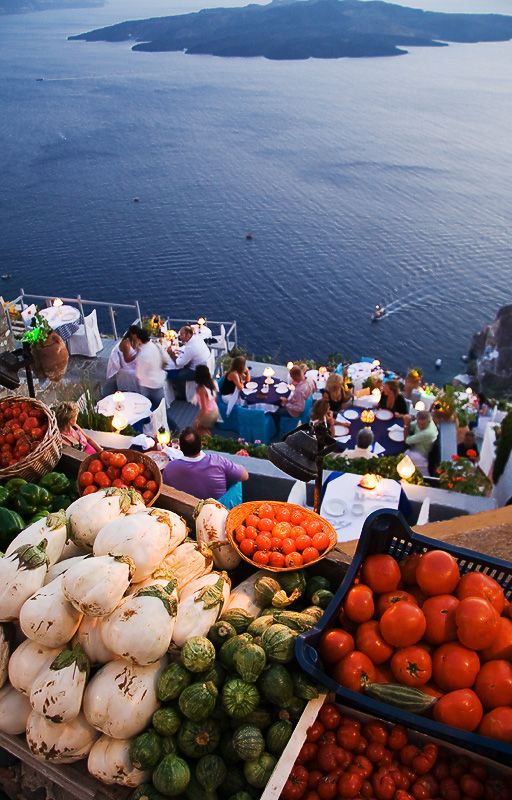 WALL PAINTINGS or frescoes from Akrotiri still impress with their beauty and technique despite being millennia old. The blue monkeys, fishermen and boxer frescoes are among the most famous examples.

XENOS The Greek word for “stranger” and something you’ll never feel on Santorini, an open-hearted, welcoming island where visitors and residents hailing from the four corners of the earth come together in harmony.

YPOSKAFA This term describes the stunning cave houses found in Santorini, which are built into the volcanic rocks. Today, you can even stay in some of these long, narrow traditional dwellings.

ZEAL Winemaking has a long tradition on the island, with locals working the land with zeal, planting ancient grape varieties and creating superb wines. 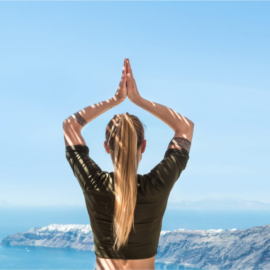 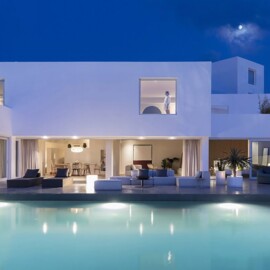 How to choose the right villa for you