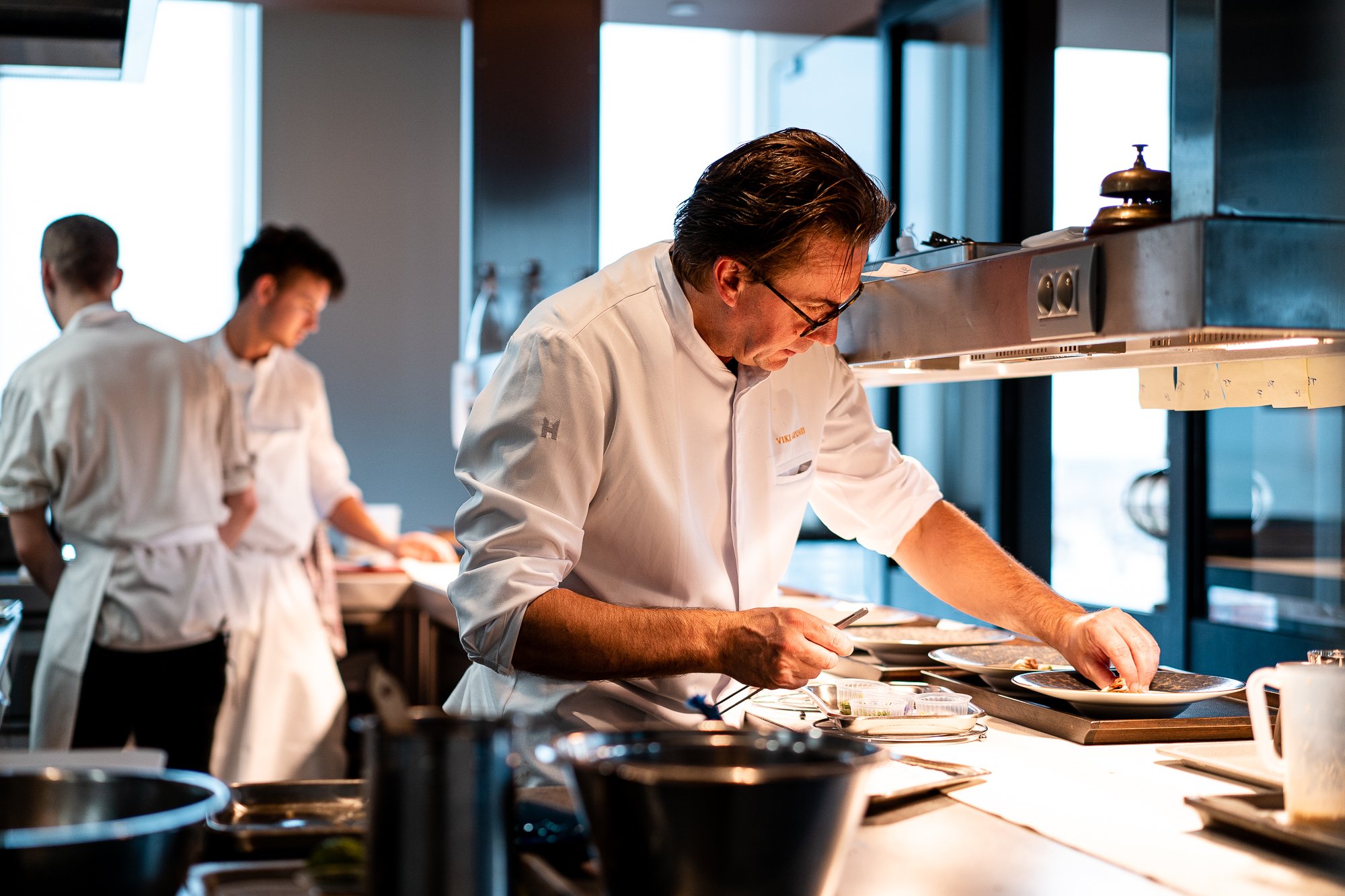 Viki Geunes is the best evidence that natural talent can reach the culinary top even without hospitality or high-profile internships. After his studies in industrial sciences, he resolutely commits to gastronomy as an autodidact. Through Self-study and an iron discipline, Viki Geunes trains himself to be a chef.

In 1996, he opened his restaurant Zilte which he had primarily opted for a simple and tasteful kitchen. However, this extraordinary connoisseur soon developed a broad interest in innovative kitchen techniques.